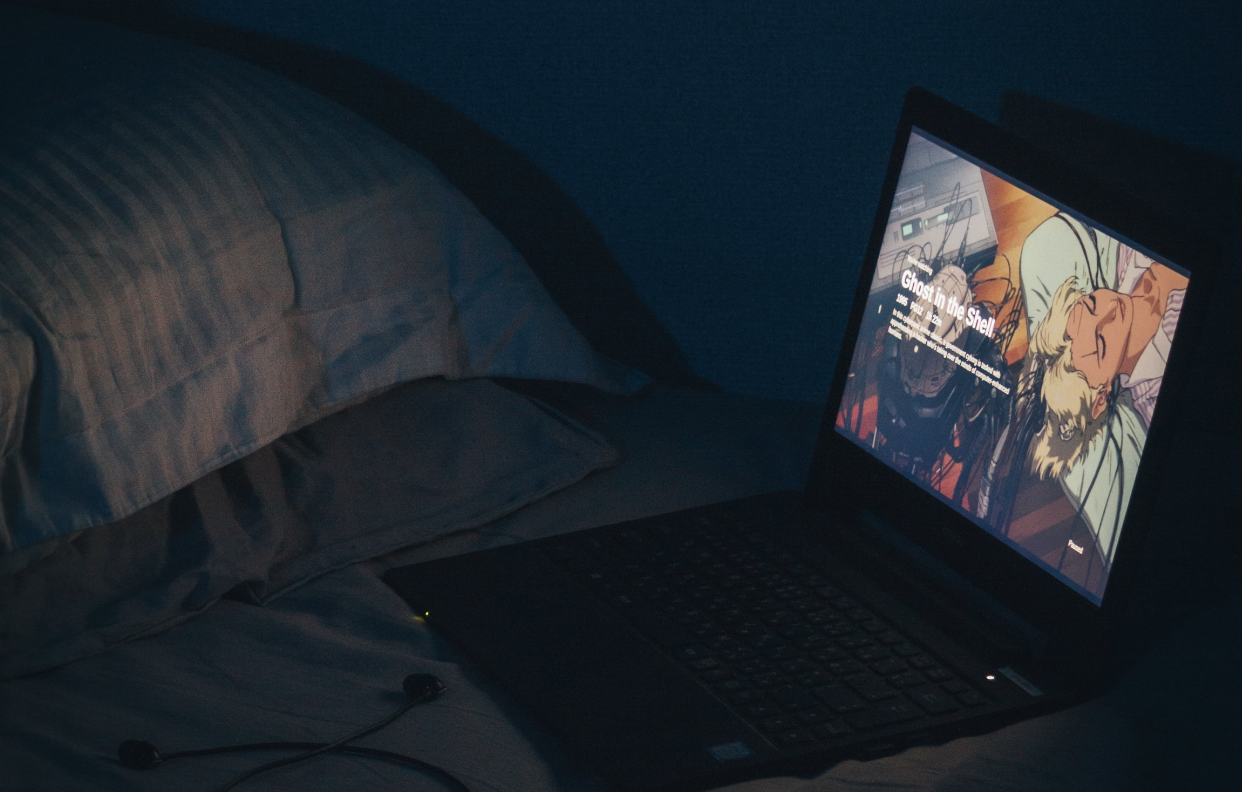 Investment obligations for VOD providers: Fresh look on the regulatory approaches in Europe

Compared to the 2021 edition of the study, we include additional case studies from three EU Member States: Denmark, Greece, and Romania and look into the legislative updates in four countries: Croatia, France, Italy, and Spain. The Czech Republic was the only country whose investment obligations applied only to VOD providers under its jurisdiction at the time of publication. The rest of the Member States or regions introduce investment obligations both for VOD providers established in the country and those targeting their audiences from other EU countries.

With the transformation of the audiovisual landscape and audiences embracing on-demand viewing, the balance of power in audiovisual production and distribution in Europe has shifted towards global VOD players. The new paradigm premised on the globalisation of the sector has brought opportunities and challenges to the European audiovisual ecosystems. Given the rapid changes and uncertainties on the horizon, the policymakers at EU and national levels have updated legislation to support the long-term resilience of the audiovisual industries. The transposition of the 2018 AVMSD has provided an opportunity for the Member States to rethink their national audiovisual policy frameworks.

The 2018 AVMSD sets out rules which give Member States the possibility to impose financial contributions (direct investments or levies payable to a fund) on media service providers, including VOD providers established in a different Member State that target their national audiences (such as Netflix, Amazon Prime Video, Disney+, etc.). The rules are set forth in Article 13 of the AVMSD. This is not an obligation at the EU level but a voluntary measure for Member States.

2.   Overview of the investment obligations to VOD providers

As presented in Table 1 below, 13 Member States or regions in the EU impose financial obligations on VOD providers to promote European works: Belgium (the three communities), Croatia, Czech Republic, France, Germany, Greece, Italy, Poland, Portugal, Romania, and Spain. We identified proposed legislation in three Member States: Denmark, Ireland and Netherlands. In at least two other cases (Belgium (FL) and the Czech Republic), a revision of the current investment obligation was taking place at the time of writing. 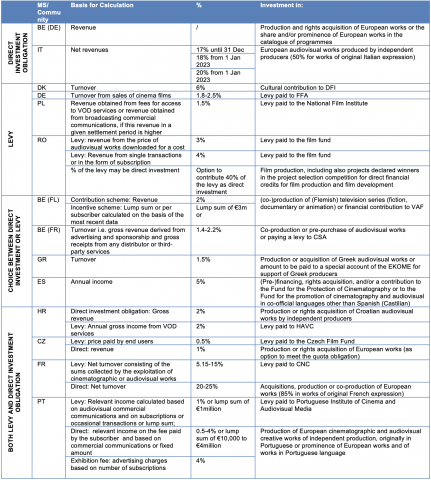 3.   What are the views of key stakeholders?

In carrying out this study, we considered views by key groups of stakeholders.

In the study, we analyse the different legislations in more detail and present case-studies of legislation in the Member States. Based on our findings and lessons learned from different jurisdictions, we come to the following recommendations.

Ivana Kostovska is media economics researcher at SMIT and her PhD research focuses on shifting forms of policy support and their impact on competitiveness and sustainability of audiovisual ecosystems in Europe. (Ivana.Kostovska@vub.be).

Prof. Dr. Tim Raats leads the Media Economics and Policy Unit at SMIT. He is professor at the Department of Communication Sciences at the VUB. (Tim.Raats@vub.be).

Catalina Iordache is post-doc researcher at SMIT and guest professor at the VUB. She recently finalised her PhD on global patterns in production and global distribution of audiovisual content. (Catalina.Iordache@vub.be).

Nino Domazetovikj is PhD researcher at SMIT. His research focusus on investments of VOD providers in small European markets. (Nino.Domazetovikj@vub.be).

Stephanie Tintel is PhD researcher at SMIT and teaching assistant at VUB. Her work focuses on the shifting distribution and consumption of film (Stephanie.Tintel@vub.be).

Prof.Dr. Marlen Komorowski is senior researcher at SMIT and guest professor for European Media Markets at the VUB, and Senior Research Fellow at Cardiff University (marlen.komorowski@vub.be).

Photo by Atul Vinayak on Unsplash

Ivana Kostovska is a media economics researcher in the Media Economics and Policy unit. Her current research is focused on understanding the impact of the ongoing changes in the European film and television industries driven by the rise of global streaming services and platforms. In her PhD research, she examines the shift of policy measures […]

Most of us have grown up with public service broadcasting and linear television as the focal point for news, entertainment and TV drama. While television and public broadcasting still exist today, and still take up crucial positions in the European media landscape, the entire audio-visual constellation has – and is – changing at a rapid […]

Coming from an Eastern European background, my life completely changed in the early 1990’s when the colours and fast-moving images of cable TV reached our living room, and I experienced an instant fascination with film, television programmes and music videos. Through my studies, I became interested in the market forces behind audiovisual media and the […]

Technology hands out new modes of storytelling, new ways of expressing ourselves and being in the world. I grew up along with the upswing of the digital world, a world where dispersed audiences are finding ways to connect through various communication platforms, where low-budget productions are given a chance to be seen and streaming has […]