Transposing the Audiovisual Media Services directive: Where to go?

The 2018 revision of the Audiovisual Media Services directive[1] aspires to reflect the new media and platform environment. It introduces significant innovations on video-sharing platforms, media ownership transparency and signal integrity. While the directive introduces harmonised principles on these topics, it leaves a lot of room for Member States to add regulation, to develop mechanisms of co- and self-regulation, or to refrain from more elaboration altogether.

In 2020 imec-SMIT, in collaboration with Deloitte, conducted a study for the European Commission on EU 27 Member States as well the United Kingdom regulation in these three areas of the new directive. Research was based on scientific literature, legal documents, expert interviews and focus groups, and national expert consultations. This policy brief communicates the study’s most important findings. It also identifies a number of recommendations for the European Commission as well as national regulators and Member States alike. The opinions in this brief are the authors’ own and do not represent any official stance of the European Commission. The study can be found here.


The importance of video-sharing platforms (VSPs) in the audiovisual landscape has grown rapidly over the last ten years. Consequently, the revised Directive brings them into scope and contains, for the first time, provisions on VSPs (Articles 28a and 28b). These new provisions require Member States to ensure that VSPs protect minors from harmful content and the general public from incitement to violence or hatred and enforce qualitative advertising standards. Member States must also ensure that VSPs protect users from child sexual exploitation and abuse (CSEA), terrorist material and any other content the dissemination of which constitutes an activity that is a criminal offence under Union law. In addition, the Directive highlights the role of co-regulation and self-regulation.

The requirements imposed on VSPs under the Directive raise the question of how much control VSPs actually have over dissemination and consumption of the material uploaded onto their platforms – as well as over the content of advertising on their platforms. In terms of the actions the VSPs themselves take to protect users from illegal and harmful content, there is consistency in policies banning CSEA and terrorism, overwhelmingly removed through automated means before any user sees any. The VSPs are less consistent in their approaches to hate speech and to the protection of minors.

VSPs that engage directly with advertisers or control their own trading systems can exercise control over advertising through their terms and conditions. However, they have little or no control when advertising is served on their platforms via independent programmatic intermediaries.

Consequently, implementation of the AVMSD is likely to require involving the advertising intermediaries engaged in trading advertising on the open web. A lot of commercial communication on VSPs is created by user, brands themselves or ‘influencers.’ VSPs manage this through the terms to which users must adhere, but not all VSPs offer functionalities that enable users to tag or control the dissemination of content or ones that allow user to control what they are exposed to.

There are also differences among Member States in their approaches to regulating VSPs. Those with long histories of co-regulation and with well-resourced and experienced national regulatory authorities might be better placed to enforce the revised Directive’s new provisions effectively as their monitoring and sanctioning powers are already comprehensive and developed. In other cases, it seems likely there will be gaps, such as limited information-gathering powers, or imprecise allocation of responsibility for generating codes of conduct.

Our study also examines transnational mechanisms already in existance, that aim to provide the types of protections envisaged by the Directive. Some VSPs are already engaging internationally and are already implementing many of the protection measures foreseen in the Directive. They are setting the standards and investing in technological solutions. There are advanced mechanisms in some areas: co-ordinated self-regulation of advertising; transnational models of co-enforcement in dealing with CSEA and terrorism; and European level measures for adressing illegal hate speech. However, smaller VSPs are not participating transnationally enough, and some important players are missing.


The revised Directive states that there is a direct link between transparency of media ownership and freedom of expression. Freedom of expression is strengthened if users have access to information on who is responsible for the content of those services (Recital 15). It is moreover the responsibility of Member States to ensure users have easy and direct access to such information (Recital 16). Article 5 defines the requirements of basic information about providers (name, postal and email addresses, competent regulatory or supervisory bodies) that must be readily accessible to users. Our study maps, compares and assesses how such transparency, and more generally media ownership, are currently regulated in the EU Member States and in the UK.

The review of legislation shows that audiovisual markets across the EU are very different in the way they are regulated (in particular the media-specific legislation), the way regulation is implemented, and the actual degree of market concentration.

Member States also differ in the emphasis put by regulatory authorities and governments on transparency. There are however common trends. First, globalisation and digitisation are leading to further media concentration. Regulation of media ownership and of transparency are therefore a means to limit further concentration. Second, and in spite of the first point, there is a trend towards deregulation, notably for media ownership rules. Third, EU legislation tends to harmonise general transparency rules.

At this stage there is no legal basis for a uniform media ownership regulatory framework across the EU although there is a correlation between stronger media ownership rules and lower market concentration. It is for Member States to set regulation that is consistent with EU law, and that will allow them to take the historic and cultural background of each Member State into account.

The best approach to obtaining the maximum amount of transparency, however, is regulation at EU level. It is important for regulators to be able to share information among themselves, particularly about best practices for achieving media transparency. These include practices that are not specific to media sectors, such as constitutional provisions, financial disclosure rules, company registries, the EU’s anti-money laundering directives and competition law. These also include practices that are media-specific such as media ownership transparency acts, and obligations for media companies to notify the relevant authorities of ownership changes or to disclose ownership information to the public. Self-reporting by media companies, on the other hand, will often not provide sufficient information about media ownership structures.

With its exploration of the technological context, and in particular its focus on the processes to which AVMS providers’ audiovisual signals can be subjected, our study takes a first step in developing a common, normative ‘language’, using an unambiguously defined ‘vocabulary’. With its description of the competitive context, it provides a basis for additional elements to further enrich the ‘language’ that serves to analyse both the new measures as well as a range of cases.

Analysis and conclusions are then straightforward: contrary to what some stakeholders fear, the new measure is found to be friendly towards new and innovative services such as TV recommender or classification systems. This is the case on condition, however, that the innovation is not used as a launching pad for uncalled-for commercial communications (e.g. a recommender system listing, in addition to its ‘organic’ results, promoted content without the viewer’s consent). The new measure is unforgiving, on the other hand, of any attempt to edit or interrupt the AVMS provider’s service as well as of most situations in which its video is resized. 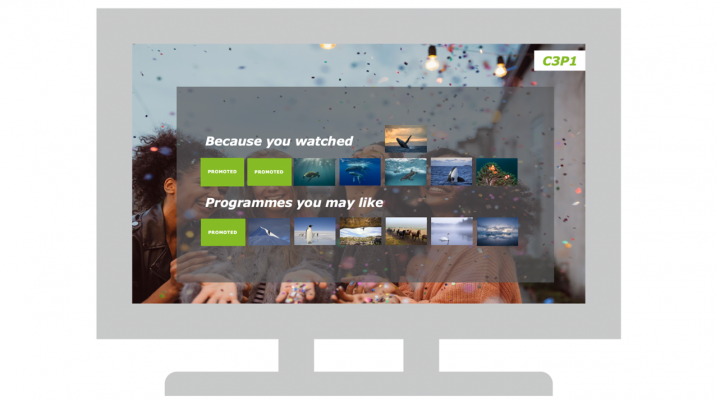 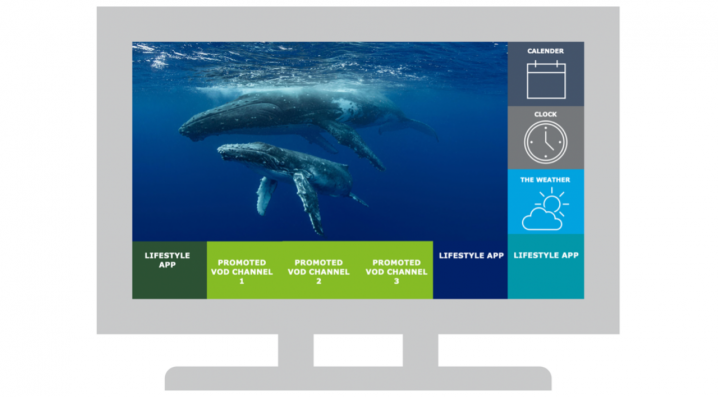 Case of a so-called ‘split screen’ generated by a smart TV which resizes and pushes back the broadcaster’s video and fills the freed-up space with informative tiles as well as tiles promoting commercial VOD-services.

The issue of signal integrity has, so far, not had much attention from legislators. Only Belgium (Flemish Community), France and Germany had measures in place ahead of transposition of the revised Directive. In fact, our study reveals a tendency among stakeholders to disagree on the actual existence and occurrence of signal integrity issues, on what are considered to be problematic modifications and on the interpretation of the revised Directive.

There is some evidence that the new measure has already had some deterrent effect on distributors in older disputes (e.g. on eliminating enhancements from the broadcaster’s signal, such as hybrid broadcast broadband TV). However, new services such as TV recommender and classification systems have already brought about new ‘signal integrity’ issues. The latter are reported to be of a nature to seriously frustrate commercial negotiations between broadcasters and distributors. The results of this study may, however, provide a way out and forward.

Consistent implementation of the revised Directive’s new provision (Article 7b) requires prior coordination of several elements. In view of the different, opposing interests and incentives of the stakeholders involved, as well as reports of significant differences in negotiating power between those stakeholders, none of these elements seem to be ready for self-regulation and only a few could be considered for more involvement by industry.

The study can be found here.

Directive (EU) 2018/1808 of the European Parliament and of the Council of 14 November 2018 amending Directive 2010/13/EU on the coordination of certain provisions laid down by law, regulation or administrative action in Member States concerning the provision of audiovisual media services (Audiovisual Media Services Directive) in view of changing market realities.

(Photo by Jonas Leupe on Unsplash)

While digital technologies have been here for quite some time already, I am still amazed by the changes they keep triggering in the cultural and media industries and how they allow (or constrain) these industries to innovate. I am particularly interested in the impact these changes have on the diversity of the content these industries […]

Media policy, albeit a niche domain in communication sciences research, has always been my passion. What is the outlook of a particular media market and how have governments affected it? Should policy-makers meddle with the business of media through subsidy schemes for film, the funding of public broadcasters, regulation on advertising and product placement, etc? […]