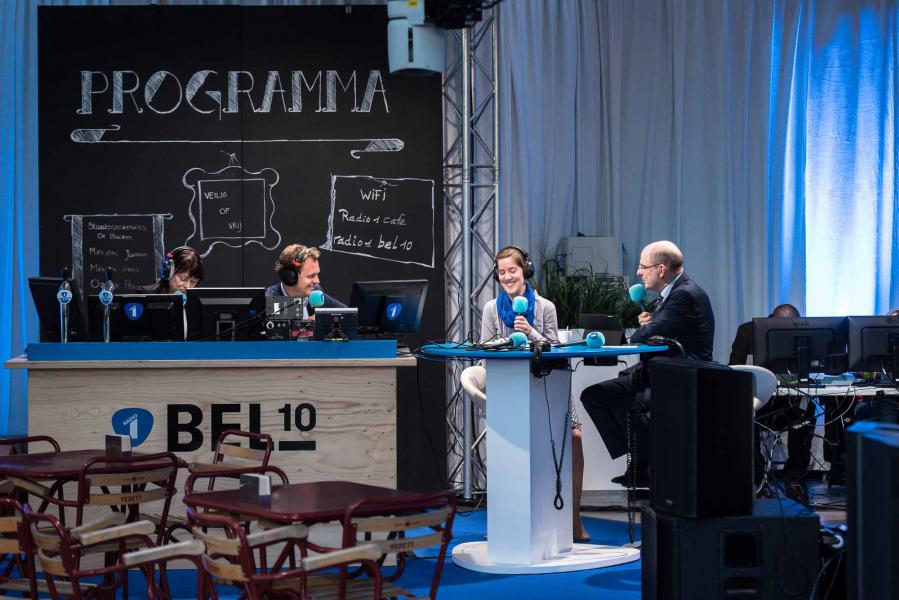 In 2015 and 2016, Bel10 – a participatory political radio program of the Flemish public broadcaster VRT – aimed to tackle the divide between citizens and politicians. They gave citizens the opportunity to present their policy ideas to politicians on the radio.

In total, we conducted twenty-four in-depth interviews with listeners participating in Bel10. In addition, we held ten focus groups with more than fifty Radio1-listeners and expert interviews with media producers and politicians involved

Strikingly, listeners did not ask for more opportunities to participate in the media production of political programs. Moreover, they did not always appreciate audience participation of other listeners either. It was only genuinely valued when participation contributed to societal objectives:

This study is part of a PhD on audience participation

The in-depth interviews, expert interviews and focus groups took place in February and March 2017. The lead researchers Eline Livémont and Anne-Sofie Vanhaeght, instructed bacherlor 3 students in communication studies to conduct the focus groups. We want to thank Charlotte De Backer, Lisa Ahenkona, Amber Demuynck and Lara Sentürk for their excellent work. This study is part of the PhD research of Anne-Sofie Vanhaeght about how public broadcasters VRT, BBC, France Télévisions and NPO deal with audience participation and was made possible by a PhD Fellowship of the Research Foundation Flanders.