Brussels: The leading location for media activities in Belgium 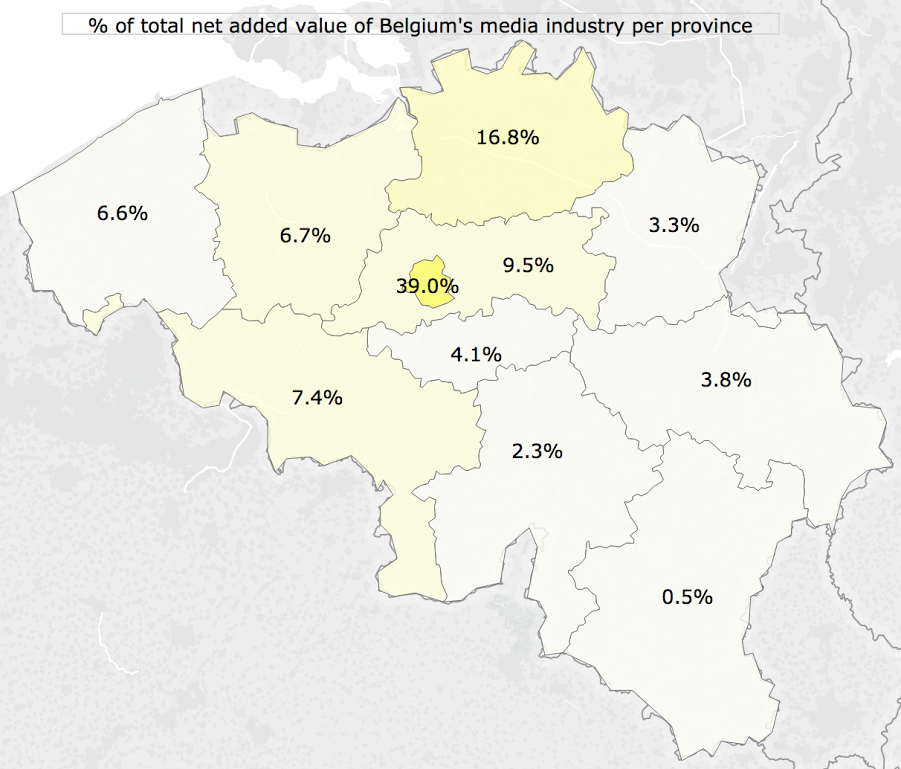 While it is already well-known that Brussels is an important economic motor for Belgium, the city so far got not much recognition as media location compared to other capitals like London, Berlin and Paris. The Brussels Regional Government wants to change this and makes the media industry in Brussels a focal point in Brussels’ economic development policy. As data analyses from one of SMIT’s research projects, Media Clusters Brussels, show, Brussels is already the leading location for media activities in Belgium and the plans of the government can be built on observable strengths.

Want to know more about Media Clusters Brussels, its approach and findings?

Media Clusters Brussels – MCB -is a collaborative and interdisciplinary research project of the VUB, ULB and USL-B, financed under the Anticipate programme of INNOVIRIS. The research project started in 2014 and runs for 4 years. The aim is to analyse the many facets of the media industry located in the Brussels Capital Region and explore the development of clusters. Hence, this project aims at creating socio-economic value for the media industry in the Brussels Region and beyond by providing decision-makers with the in-depth knowledge regarding the media industry. The findings here-presented are part of the economic impact analysis of Brussels’ media industry. More findings and the methodology can be found in Deliverable 2.3a of the project. The Deliverable and more information on the MCB project can be found at www.mediaclusters.brussels.